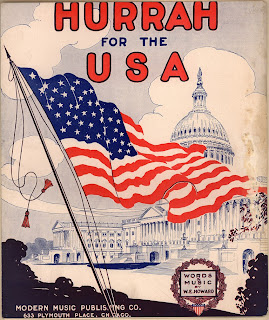 Before June is Over

Before June is over, I had better post. Some things over the last few months have been much harder than losing Mom. On the other hand, I have learned how everyone deals with grief differently. It is a whole other planet.

Work is good and I'm finishing up an extremely fun project.

I spent some time at the lake before the summer heat really hit us - and that is an accomplishment this year given how many days of August heat we have already had in June. Tomorrow is another 100+ heat index day.

My last official day in my faculty office. When I return in August, the new office should be ready for "move-in". Saw one of our master teachers and told him it was nice to see him on "my turf" since I am usually visiting his school. His daughter is getting ready to double major with one of those in my new department. They're both lucky to have each other.

Why are 3 of the new/premier in summer shows on at the same time when my DVR will only allow 2 at one time? Thank goodness the cable channels "replay" later in the evening. Necessary Roughness looks to be a fun show - esp. with the ad pairing them with Royal Pains - Mark rules!!!

I'm missing Mom today. It's a different type of feeling than last year but it may be because the adrenaline is gone. I'm reading The Long Goodbye and it is a different take on a grief book since it is letting me follow a 30-something who lost her Mom when her mother was in her 50s. It was a different loss but so many of the parts of the roller coaster ride are all too familiar.

Everyone deals with grief in a different way and I have learned that all too well in the last 14 months. Some old friends have reappeared  - which is a very good thing. Some other changes may be potentially in the future but at this point it's totally out of my control. Learning to let go of what I cannot control has been a major theme in my life lately. I only wish I had learned sooner.

April is almost over as is the spring semester and academic year.

I will certainly be glad when Mother's Day is behind us.

Dad is excited - his new car is on this side of the ocean and should be here in a couple of weeks.

We are celebrating Easter as a family this weekend - including eating with friends.

Learning to not worry about events beyond my control is still a huge challenge for me but becoming easier each day.

A friend pointed out that this period of grieving is harder because there is no adrenaline to push you through.

Finally, thank good for truly good friends and family. I couldn't make it without them.

I saw a quote but can't find it again about how much we lose if we don't even try. The story of my life has been to probably try to do too many things and not spend enough time back in my comfort zone. But I also think that both sides of my family wired me for that since we don't fit any traditional mold. ;-)

We're having one more day of wintry weather - snow/rain mix later today. It would be nice to see some pretty snow but it is spring, after all.

Returning from spring break at the university also means figuring out how to get everything done that has to be done before the semester ends. The good news about this summer is that there won't be all this constant contact throughout the summer that has always been totally unnecessary  - esp. given that it primarily resulted from a lack of planning or the wrong people trying to control the outcome.

First on the list is to finish advising students while also reminding myself you can lead a horse to water but you can't make him drink. My colleagues now have student concern forms that they can fill out if they believe a student is having trouble and needs help. So, I will have to listen to many fewer complaints indicating that it is entirely up to me to do something about it. It's a team effort and now there is paperwork to back that up. We should catch them before they get to the end. Having a student teacher who simply quit showing up when it was his turn to take over will help reinforce the importance of our supervising the students in the program. Too many students take the teacher education route as "default" and, especially with the current job market, that just doesn't make sense. Most importantly, I finally have a chair who is both willing to make and willing to support the tough decisions that are in the students' best interests in the long run even if they don't appear that way in the short run.

Time to go back to writing.

Not Ready for Spring

We made it through the first anniversaries. I think that was why I wanted it to still be winter. We just had one cold weekend after we lost her and spring's arrival this year would signal that a year had passed. I can't believe it and yet I can. Allergies are bothering quite a few people and I think of how they are not bothering her this year.

I know I carry parts of her inside of me and always will. But I still miss her. I still miss her sage advice and her great way of being comfort. I remember at some point in my 20s that she told me she worried she would ever know how to be a good Mom since she had never really had a mother (hers died when she was 6 - penicillin would have prevented it but it wasn't invented yet). I was so shocked she said something like that since I always thought she was a wonderful mother. My only complaint was thinking she favored my brother a bit but I assumed all siblings think the other sibling is the favored one.

Mom's car is now in my garage. It's still an eerie feeling. I made sure Dad was ready for me to have it given past experience. He "liked" my Facebook status when I took a picture of how I was (finally!) able to fit it in beside the Tahoe. I was worried once I got it in that I would not be able to open the door but I was.

We still miss her.

We are almost through the one-year anniversaries. A year ago today (although tomorrow is actually the calendar anniversary but today is the day of the week anniversary - Sunday) I was in a daze after having stayed up all night with Mom as she slowly drifted away from us. I stayed with her until after the last time she opened her eyes. I then went home knowing I would return to the Carthage house to help Dad.

I literally could have almost fallen asleep standing up the night before but, as a friend told me who had recently lost his mother, you find strength you didn't know you had. I drove home and stopped to get something to eat on the way but knew my world was turned upside down in more ways than one. I didn't take any benadryl to help me actually sleep given that it was ten o-clock in the morning because I knew I could get the call anytime that she was gone and Dad was returning home. I didn't want him to be there by himself.

I was home only a few hours when that call came. I did a few things around the house and headed to Carthage and arrived not too longer after Dad did. Or at least that is how I remember it. We started the funeral preparations the next morning.

So, now to get through March 4.

Parts of this past ten days have not been as hard as I thought they would be and some have been much harder. I still have to work through the feelings of guilt and just keep reminding myself she went out the way she wanted to go out and she was "done".

As it was last year, it's grant-writing season and I am learning to manage that and not feel like everyone's grant is 100% on my shoulders. And I am working with some fun and interesting people across the country.

There's also much to do at the office. I've finished seeing 11 of the 15 student teachers. I should be able to fit in the rest before spring break. This week we have our last spring seminar with our current grant group and will preview our summer trip from Memphis to New Orleans.